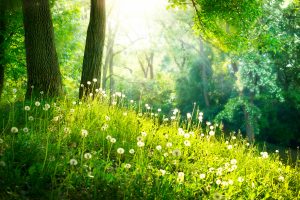 On August 2, 2017, the Ministry of the Environment’s National Agency of Waters (ANA) approved Resolution No. 1470, which provides for conditions of use of resources in the Cocorobó Reservoir and in the Vaza-Barris River. Under the Resolution, the uses of water resources will be conditioned to the Hydrological Status of the reservoir and river. Uses of water resources that are not in accordance with the terms of the Resolution shall be appropriate only under certain circumstances, or if approved by the ANA.

These changes were put in place in two parallel actions.

First, via amendments to the Canada Wildlife Act, Migratory Birds Convention Act, 1994, and Wild Animal and Plant Protection and Regulation of International and Interprovincial Trade Act (WAPPRIITA), minimum and maximum fines have been set for categories of offenders, such as individuals, corporations, and vessels. In most instances, the maximum fines are greater than those that were previously in place. Directors and officers of corporations are also now required to take care to ensure that the corporation complies with the Canada Wildlife Act and WAPPRIITA and their associated Regulations.

Second, the new Environmental Violations Administrative Monetary Penalties Regulations sets out the details for a new administrative monetary penalty regime that designates fines for noncompliance with provisions of the following Acts and their associated Regulations:

The amendments and new Regulation are in force. More information is available here, here, here, and here.

At the time of publication of this alert, the online versions of the Acts had not been updated.

Denmark has updated an executive order, authorizing a number of fluorinated gases that were prohibited to be used as refrigerants. With the amended executive order, new types of hydrofluorcarbon (HFC) and hydrofluoroolefin (HFO) gases are permitted. The new HFOs have significantly lower degradation times in the atmosphere than the forbidden HFC gases. Where the banned gases remain for up to 25 years, the new gases disappear in just 14 days. The revised executive order entered into force on July 1, 2017.

Finland’s Act on the Safe Handling and Storage of Dangerous Chemicals and Explosives was amended on April 7, 2017, with changes aiming to prevent and combat personal, environmental, and property damage caused by the manufacture, use, transfer, storage, and handling of hazardous chemicals and explosives, entered into force on April 17, 2017.

Finland’s Act 557/2017 was published on August 11, 2017, amending Article 159 (on qualifications required for the ozone depletion substances and certain fluorinated greenhouse gases) and Article 195 (on appeals in certain cases) of the Environmental Protection Act. This revised Act comes into force on January 1, 2018.

Finland’s Act 172/2017 was published on March 24, 2017, amending Sections 32 and 33 of the Radiation Act, which applies to the use of radiation and other activities that cause, or may cause, exposure to radiation that is harmful to human health. This Act came into force on June 1, 2017.

The United Mexican States’ National Agency of Industrial Safety and Protection of the Environment of the Hydrocarbons Sector has issued Guidelines for the formation, implementation and authorization of the Systems of Administration of Industrial Safety, Operational Safety and Protection to the Environment applicable to the activities of expending natural gas, petroleum gas, and liquefied petroleum gas.

The purpose of the guidelines is to establish the minimum requirements for the formation, authorization and implementation of the Systems of Administration of Industrial Safety, Operational Safety and Environmental Protection. The goal is that these guidelines will protect the environment and human health and promote occupational safety. The guidelines provide specific requirements for regulated entities to consider when calculating risks and setting up management strategies. In addition, the guidelines are mandatory for entities that expend natural gas to the public, distribute liquefied petroleum gas to the public, and distribute and expend petroleum to the public. These provisions shall come into force 120 calendar days following their publication in the Official Gazette.

New standards in force for low-speed vehicles on public roads

New standards recently came into force, setting out special requirements for low-speed vehicles on public roads. These new standards apply to fully electric vehicles with a maximum speed between 32 and 40 km/h travelling on public roadways with a speed limit of 50 km/h or less. These standards address braking capacity, driver visibility, vehicle perceptibility, and occupant safety in the event of a collision.

These standards, which were put in place via the new Regulation respecting low-speed vehicles under the Highway Safety Code, are in force.

The Ministry of Water, Environment and Agriculture for Saudi Arabia has announced plans to establish three new wastewater treatment facilities. The proposed facilities will be located in Jeddah and Dammam. The Ministry will work with three global consultant companies to develop these facilities. The National Water Company (NWC), a government-owned company, assured that it would provide water and wastewater treatment services in line with international practices. The first project to be implemented will be a sewage treatment facility near the Jeddah airport. Subsequent projects will cover the Turaif and Arrar provinces.

Spain has released a draft Royal Decree, with the objective of developing its air quality and atmosphere protection law. The Royal Decree notes which activities are potentially polluting to the atmosphere, as well as pollution prevention and emissions reduction measures. The decree would apply to emissions from medium-sized combustion plants. The comment period for this document was between July 6, 2017 and July 31, 2017. 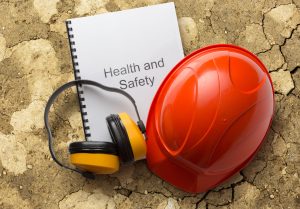 Belgium’s Royal Decree of 10 July 2017, effective July 1, 2017, amends the Royal Decree of 14 July 1995. All students who are enrolled in a training or work-study program may now enter into a contract for the occupation, under conditions set forth on education and training in the workplace.

A bill has been proposed in Brazil’s Chamber of Deputies to create the National Policy for Disassembly and Refurbishment of Electrical and Electronic Equipment (EEE), with a view to facilitating for Brazilians, the acquisition and use of information and communication technologies, and laying out protocols for the environmentally sustainable disposal of computers and accessories.

There is no additional information available at this time.

The Government of Mexico has adopted an agreement establishing a workplace health and safety reporting system. The purpose of the agreement is to create a system for employers to declare to the Labor Authority, under protest of truth, the level of compliance with the general conditions of work, training and safety and health that are found in their workplaces.

The administration and operation of the system will be the responsibility of the Secretariat of Labor and Social Welfare through the General Directorate of Federal Labor Inspection. The information provided by employers will only be used to verify compliance with labor regulations. The information and personal data contained in the system will not be disseminated, distributed or marketed pursuant to the terms of the Federal Law of Transparency and Access to Public Information.

Workplaces that are at the highest level of compliance may obtain written recognition, after verification of the information by the Labor Authority. If it is determined that information provided by employers or their representatives is false or that information was provided in bad faith, the Secretariat shall order the execution of extraordinary inspection visits at the workplace and shall inform competent authorities.