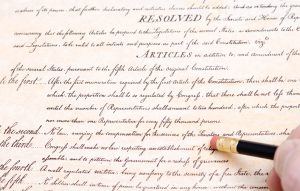 Additional information can be found here.

Additional information can be found here.

3. Fuel Oil No. 2 added to list of toxic substances

Fuel Oil No. 2, a distillate fuel oil formed by vaporizing, condensing and blending petroleum components that are obtained from the atmospheric distillation of crude oil or bitumen, has been added to the List of Toxic Substances in the Canadian Environmental Protection Act. Fuel Oil No. 2 is used primarily as a fuel source for home heating, but is also used in medium capacity commercial/industrial burners.

This change is in force. More information is available here.

To allow for more options in complying with immersion suit and firefighting equipment requirements, the Canada – Newfoundland and Labrador Offshore Marine Installations and Structures Transitional Regulations have been amended.

In more detail, the amendments

The amendments are in force. More information is available here.

A new provision prohibiting vaping in certain workplaces is being added to the internal regulations of companies in France with more than 20 employees. Specifically, the use of electronic cigarettes (vaping) in premises with workstations, closed and covered and used for collective use, is prohibited from October 1, 2017.

Although it will be prohibited to vaporize in common areas, it is not banned in individual offices. The employer must put in place signage on the prohibition of vaping. Failure to do so may result in imposition of a penalty. The act of smoking electronic cigarettes in the workplace in violation of the prohibition may also be subject to a fine.

No additional information is available at this time.

More information can be found here.

7. States are now allowed to issue licensing tests for commercial drivers from a different state

The Department of Transportation is allowing states to give commercial driver’s licence general knowledge tests to people who do not reside in that state so long as their home state agrees to accept the test results.

The Environmental Protection Agency (EPA) has updated the National Priorities List (hazardous waste sites in the United States eligible for long-term remedial action) to include seven new sites as of September 5, 2017. The EPA is also proposing to add four additional sites to the list.

Comments are being accepted until October 2, 2017. More information is available here and here.

9. The Department of Energy is adopting a test procedure for measuring the weighted energy factor (the volumetric flow rate divided by the input power) for certain varieties of dedicated-purpose pool pumps.

This is effective as of September 6, 2017. More information is available here.

The Department of Energy is requesting comments and information regarding

Comments must be received on or before August 24, 2017. More information is available here.

MediaLogic is now part of Nimonik Inc., the transition from NRES to NimonikApp is in progress. MediaLogic customers will continue to have access to NRES during transition period, with existing services notable maintained.