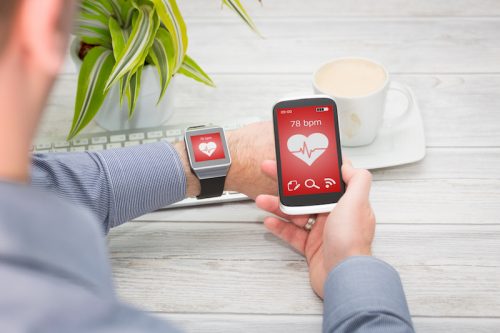 To not know history is to forever be a child. – Cicero

Environmental protection has never been more important. As the world becomes wealthier and people in previously impoverished countries, such as China and India, begin to consume like Americans, it is critical that we find efficient solutions that protect the environment and move the economy forward. Is this possible? As far as we can see, there are two ways to improve environmental performance: good strong regulation/standards with enforcement and technological innovation.

Strong regulation moves society forward. Environmental and safety law was born of the industrial revolution with the first laws written in the United Kingdom in response to the coal consumption of the industrial revolution. In 1848, the British parliament introduced the Public Health Act of 1848 and then went on to pass the first comprehensive air pollution law in 1863. These laws lay the foundation for future regulation in Europe and eventually, America.

In the United States, Theodore Roosevelt brought about a seismic shift in the power of government to regulate industry. His creation of a federal agency through the Hepburn Act of 1906 was a precedent that gave the Interstate Commerce Commission (ICC) the power to set maximum railroad rates and extend its jurisdiction. Roosevelt then went on to regulate the labelling of nearly all products, he pushed through the Pure Food and Drug Act and then put through an Inspection bill for the Meat Packing Industry. These regulations were groundbreaking for the United States and set the path for regulations to come.

These acts were meant to play the role of arbiter between Industry, Labour and Society. Without these regulations and the ones they led to, industry would perhaps never have innovated and grown out of its chaotic beginnings where nearly anything was allowed and workers and communities suffered. Today, we often hear of ‘red tape’ and ‘overregulation’ and while there are certain poorly structured or weakly implemented regulations, there is no doubt that without appropriate regulation, a society cannot move forward.

Most environmental managers know of the classic examples of the reduction in acid rain through a market system in the 1980s, lead removal from gasoline in the 1970s and DDT abolition (in most countries) thanks to the work of Rachel Carson in the 60s. Good regulation interacts with technology by pressuring companies to innovate and find alternative solutions. While these victories were exceptional, they did not fundamentally replace the damaging activities of sulphur dioxide emissions, gasoline consumption or the massive use of chemical pesticides.

The second method for technology to help the environment is by outright replacing certain activities. Solar power pollutes far less than coal power, but both produce electricity. Compostable materials break down faster than traditional plastics while allowing for disposable bags and containers. Electric cars have much less impact on the environment, but still transport people. To transform an industry in this way, a technological innovation must have at least an order of magnitude of improvement over existing options. Due to the inertia of society and organizations, the replacement solution cannot be a bit better; it must be much, much better. Of course, this second method is preferable, but in the absence of outright replacement, other solutions must still be found.

The Interaction of Technology and Regulations

Where might environmental regulation and technology go? Though there have been recent political events that propose a return to less regulation and more fossil fuels, the overarching trend is towards stricter regulations, better monitoring and more efficiency.

Around the world, we are seeing a radical reduction in the cost of monitoring devices and access to the Internet. This offers opportunities for both companies, government and citizens. While companies can now more effectively monitor their emissions, so can regulators and citizens.

The communication and promotion capabilities of small groups of motivated individuals can radically amplify environmental issues – see the Dakota Pipeline battle. This puts additional pressure on companies to stay ahead of the curb. In a not too distant future, citizen groups will raise small amounts of money, purchase hundreds of monitoring devices, install them in their communities and then publish the data online and promote it with social media. It will be hard for companies to argue with the information. If the data were to show a lack of respect of regulations, companies will be forced to contend with empowered stakeholders.

Companies need to get ahead of this trend by fully embracing automated monitoring, centralized data management and by aggressively replacing polluting practices with new methods for producing their products and services. According to a study done by the U.S. Bureau of Labor Statistics and the Liberty Mutual Research index. “Overexertion and falls account for more than $25 billion in U.S. workers’ compensation costs a year.” Many accidents related to overexertion can be avoided by effectively monitoring employee vitals such as pulse and tension as well as environmental factors such as humidity and heat. A series of low cost air monitoring devices, which might not meet EPA standards, can still detect trends and anomalies and send alerts at a much lower cost than traditional regulator approved monitoring.

In the next fifteen years, expect to see a growing merger between regulations and monitoring devices. The current industry practice of using qualified professionals to verify regulatory compliance through audits, procedures, documents and other methods is not set in stone. Replace some of this manual work with automated monitoring equipment will reduce costs and improve accuracy. In a competition of data analysis between a human and a computer – the computer always wins.

The Removal of Lead from Gasoline: Historical and Personal Reflections
https://www.unc.edu/courses/2009fall/envr/230/001/Needleman_2000.pdf

A brief history of environmental law in the UK – Ben Christman
https://papers.ssrn.com/sol3/papers.cfm?abstract_id=2383906

The worker safety of the future: Wearable Technology is Changing the Game https://thebossmagazine.com/worker-safety-wearables/

Wearables in the Workplace to Enhance Health & Safety
https://www.ustelecom.org/blog/wearables-workplace-enhance-health-safety