Division Between Ottawa and Quebec Over a Small Frog | Nimonik Environment, Health & Safety and Quality Compliance 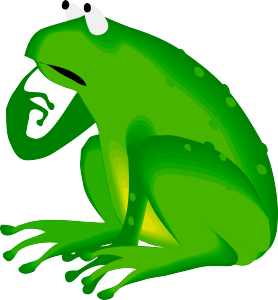 The Western Chorus Frog, a small frog approximately 2.5 cm long, is present in the Montérégie and Outaouais regions of southwestern Quebec. Since the 90s, its habitat has been greatly degraded by various residential and industrial projects, which led to it being included on the threatened species list of the Species at Risk Act in 2010.

Basing its decision on “the best available scientific knowledge”, the federal minister of Environment and Climate Change, the Honourable Catherine McKenna, issued an emergency order to protect the small amphibian from further harm. In effect, the order prohibits construction or disturbances in an area of roughly 2 km2 in the municipality of La Prairie. The previous government had refused to protect the frog species on two separate occasions.

However, as it happens, Quebec’s Minister of Sustainable Development, Environment and the Fight against Climate Change, Mr. David Heurtel, was already involved in the issue and had put in place a plan with Symbiocité, the building company spearheading the project, to protect 83% of the land covered by the federal order. According to the provincial minister, this unilateral decision marks a departure from the collaborative federalism that seemed to be heralded by the changing of the guards in Ottawa.

In the end, the 1 200 unit residential project will be carried out, less 171 units and a corresponding loss that Symbiocité will have to bear. That said, the debate surrounding the tiny frogs serves to illustrate the sometimes confusing overlap in the division of powers in environmental matters. In particular, it highlights the importance for stakeholders to make sure that their activities comply with requirements from all of the involved levels of governments since their cooperation and harmonization is not guaranteed from the onset.