Get Angry about Chickens and their Waste | Nimonik Environment, Health & Safety and Quality Compliance 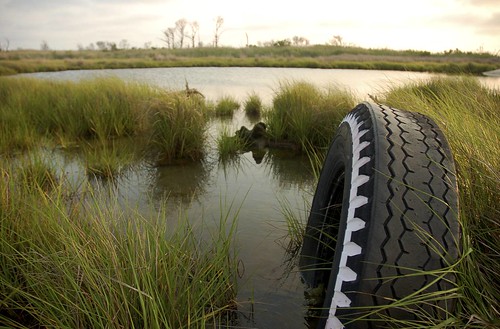 Yesterday, an excellent PBS Frontline documentary on the environmental degradation of The Chesapeake  Bay and Potomac River was aired. The show outlines some of the current problems, but also traces the interesting evolution of the environmental mouvement back in the 1960s, which culminated in the the first Earth Day in 1970. During the 60s, a series of environmental disasters spurred the american government into action. Under Nixon, some progress was made, but the administration was not particularly interested in the environment. Nixon even called the E.P.A., “Eppa”. Times, they are a changing.

The documentary clearly states that the driver for clean-up is enforcement. Without it, people do not act. Reagan, under the mantra of de-regulation, gutted the EPA. Enforcement was handcuffed, regulations removed. The Reagan administration tried to do something different for Chesapeake Bay – a voluntary program. As you might expect, improvements were very slow to come.

The main culprit for pollution to the bay is agriculture, notably chicken production. I emphasize production, because it is not farming. Chickens are grown for consumption in the millions. Over the past 30 years, american per capita chicken consumption has tripled. You can have half a million chickens in a given farm and all that manure neads to be dealt with. One farm, produces 570 million chickens that in turn generate 1.5 billion pounds of manure a year – more than combined the human waste from New York, Atlanta, Chicago and San Francisco.

Currently, animal waste, manure, does not need to be treated before being re-introduced into the waterway. They tried to pass regulations, but the industry lobbied to make the requirements voluntary. As mentioned above you can imagine how that has worked out.

On this earth day, one small act we can all do is to eat less chicken.